The day started in Taos (after my first waffles of the entire trip). Everyone in the B&B recommended I took the 'high road' into Santa Fe - and I'm glad I did. 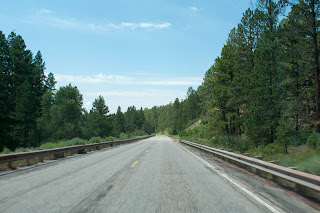 It might be just 60 miles long, but includes a huge range of landscapes. I got deserts, thick forests, Indian reservations and tiny little Spanish colonial villages. This road has inspired many an artist - from Georgia O'Keefe to Ansel Adams - and even now there's more galleries than any other type of store along the route.

It starts back in the thick pine woods of the Carson National Forest that I encountered the day before. From here it passes through many little villages with names like Peñasco and Sipapu - the Spanish and Indian influences are strong up here. The Spanish first colonised the area back in the 1750s, often next to existing Indian pueblos, the two blurring together. 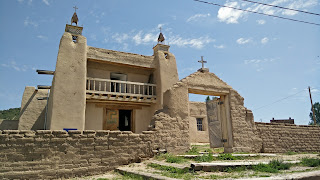 I stopped at Las Trampas, with its beautiful Adobe church dating from 1776. When I was there, the men of the village were working on restoring the adobe plaster, while the women were laying out a huge lunch for the hungry workers. It didn't feel like the US any more - I could have been in Europe or Mexico.

There came a point when the landscape started to change - the lush green valleys gave way to shrub covered desert, and I skirted around the edge of Santa Fe. I've been before, and I didn't need any 'native' gifts or scented candles, so I didn't stop this time. Like Taos, I found it too commercial, too busy, when I visited in 2012. 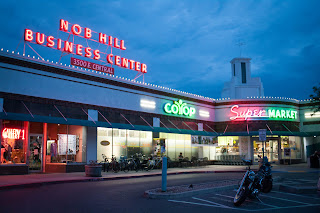 From Santa Fe to Taos it's multi-lane freeway all the way, until it crosses Route 66 in Albuquerque where I found my authentic Route 66 motel. When I last visited, I stayed in the old town.

It's attractive, yet more adobe buildings and Spanish colonial architecture - but touristy and sleepy in the evenings.

The nightlife all happens where Route 66 cuts through the University district in an area called Nob Hill. I didn't stay here last time as the few remaining Route 66 motels had a bad reputation, and were well past their prime. 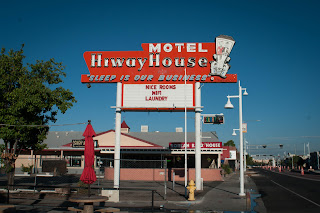 Since then, one, the Hiway House (which I photographed back in 2012) has been bought and restored. It's still a bit rough around the edges.

The two very laid back dudes that run it had lost my reservation (which I had a gut feeling they would), but it wasn't full and the room is nice, if simple. I'm right in the middle of it here, and there's a burger-and-beer bar two doors down I'm off to investigate ... 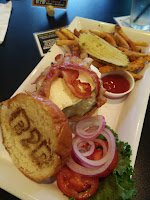 The Sunrise. A burger with an egg on it is always a fast route to my heart. Especially when it's this good. Also ... beer. Good beer.